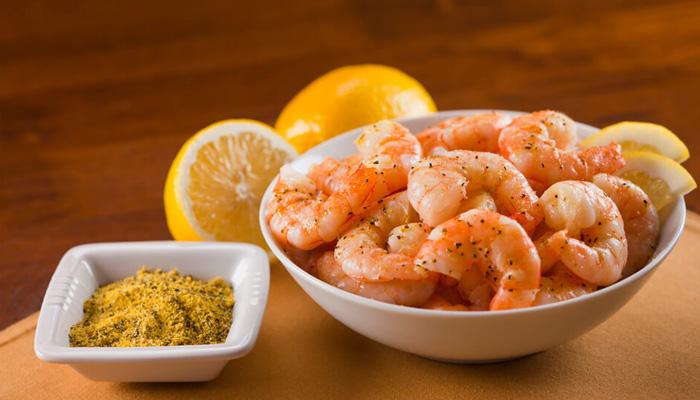 BATON ROUGE – Oct. 17, 2017 – In honor of National Seafood Month, Louisiana Lt. Gov. Billy Nungesser, alongside the Louisiana Seafood Promotion and Marketing Board (LSPMB), celebrated all aspects of the state’s seafood industry yesterday, Monday, Oct. 16, during the 2017 Louisiana Seafood Day. Throughout the day, Lt. Gov. Nungesser toured the Acadiana region of Louisiana to meet with local seafood producers and packagers, industry representatives and crawfish farmers in Lafayette, Lake Charles and Kaplan.

During his tour, Lt. Gov. Nungesser visited Big Easy Foods, (a local shrimp processor and packaging company), hosted a luncheon at Crying Eagle Brewery to experience fresh Louisiana seafood prepared in delicious regional-inspired dishes, and ended the day at Crawfish Haven, where he learned the art of crawfish trapping and enjoyed a crawfish étouffée cooking demonstration by owner Barry Toups.

“Seafood is not just a tradition in Louisiana, it is a way of life,” said Lt. Gov. Billy Nungesser. “A recent study ranked Louisiana as one of the happiest states in America, and I am pretty sure that our cuisine, and especially our healthy and delicious seafood, played a big role in that distinction.”

As a state, Louisiana produces more than 850 million pounds of seafood each year and is the second largest seafood producer and largest commercial fishery in the contiguous U.S. In addition, Louisiana’s seafood industry is one of the state’s largest employers and also plays a major role in tourism by connecting food-lovers with the delicious product that come straight from the Gulf of Mexico.

“I look forward to Louisiana Seafood Day year-after-year because one of my favorite things is touring the state talking about one of our most beloved products, meeting the fishermen, packagers and other industry professionals, and enjoying the most flavorful seafood in the world,” said Lt. Gov. Nungesser.