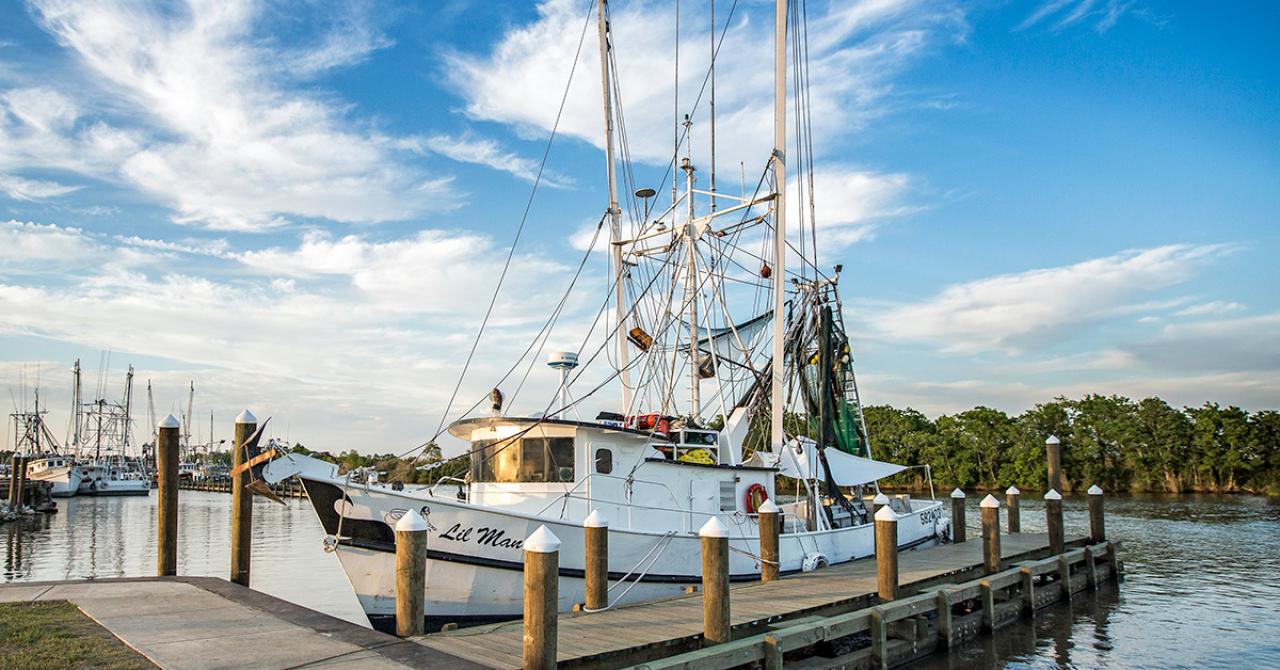 As the nation’s second-largest seafood supplier, Louisiana provides an incredible array of superior-quality seafood to restaurants and homes across the country. For the dedicated fishermen who work Louisiana’s waters, seeking out their catch is a craft that’s been generations in the making.

THE ECONOMY OF SEAFOOD

The fisheries of Louisiana are a vital part of the state’s economy. They provide jobs, income and tax revenue, but they also generate innovations that protect our coastlines and help keep our waters pristine.

One out of every 70 jobs in Louisiana is related to the seafood industry, which as a whole has an economic impact of over $2.4 billion annually for Louisiana. Many of these jobs are in family-owned-and-operated companies that have worked for generations to bring the finest seafood to the tables of the world.

So when you choose Louisiana Seafood, you’re not only getting a superior product, but you’re also ensuring that your purchase benefits an American community and way of life.

THE IMPACT OF A SPECIES

Fisherman have been celebrating the bounty of the Gulf of Mexico and Louisiana’s inland waterways for more than 400 years. Whether fishing alone in a hand-made cypress pirogue, or with a crew of family members aboard a 95-foot shrimp boat headed for open water, they’re sharing in a Louisiana fishing tradition that has been kept alive for generations.

"I have a natural compulsion to get out on the water," Ray Brandhurst said. He is a seventh-generation fisherman who dates his family business back to the 17th century in the Basque region of northern Spain, where his people plied the waters with harpoons. "This is therapy for me. It's a connection that, as a fisherman, I make with nature. I will do this for the rest of my life. Even if it were not profitable, I would still do it."

Brandhurst, 54, tells the story of his uncle, Jimmy Bayhi, who obtained a college degree at his mother's desperate urging. He presented his degree to her "pretty much the day he graduated" and promptly boarded a boat with his father, eager to take to the business of trawling for shrimp, just as Brandhurst does today.

Though their eldest son, Ray Jr., 20, is studying petroleum engineering at LSU, neither Brandhurst nor his wife, Kay, will be surprised if he takes up the family business. That their youngest son, Rhett, 12, will enter the business is an accepted fact.

"HE ALREADY HAS A DEEP CONNECTION WITH NATURE AND A DEEP LOVE FOR THE BUSINESS," BRANDHURST SAID.

Like Jimmy Bayhi and Ray Brandhurst Jr., Sean Thon humored his mother by giving college a try. "That didn't last long," Thon, 31, said. "I wanted to get on the water with my dad, like he did with his dad, and my great granddad did with his dad before that. We go mostly for crabs, a little bit of shrimp. The hardships are offset by the pleasures. I love waking up and working for myself, being in charge of my own career, being on the water. Some days are not so good but you just take the bad with the good. I wouldn't do anything different.”

The state of Louisiana is both a sportsman’s paradise and the source for nearly one third of all the seafood consumed in the United States. So when you choose Louisiana Seafood, you’re supporting the traditions, lifestyles and environment that have sustained the people of Louisiana and fed the nation for centuries.

A BRIEF HISTORY OF COMMERCIAL FISHING

Since the 1800s, Louisiana has had a thriving commercial seafood industry in which the catching and selling of crabs, shrimp, oysters, both freshwater and saltwater finfish, alligator and crawfish has supported the livelihood of many families and communities.

Before refrigeration became readily available in the early 1800s, the exporting of seafood products was difficult. Most seafood products were consumed locally and in New Orleans markets and restaurants. With the development of more sophisticated transportation and freezing techniques in the latter 20th century, Louisiana Seafood was able to be shipped and consumed far beyond the state’s boundaries, and today the bounty of Louisiana and all its great seafood products is enjoyed worldwide.

As the nation’s second-largest seafood supplier, Louisiana provides an incredible array of superior-quality seafood to restaurants and homes across the country. For the dedicated fishermen who work Louisiana’s waters, seeking out their catch is a craft that’s been generations in the making.