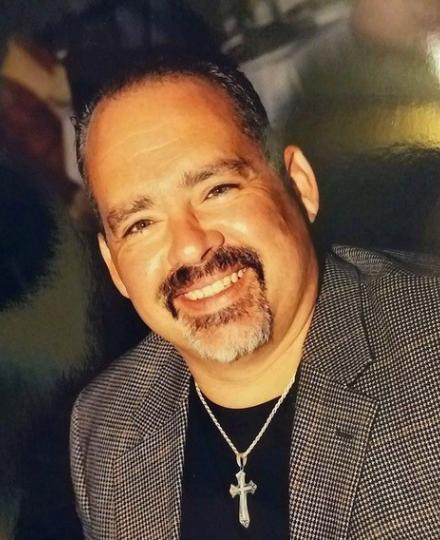 Chef Ryan Cashio is a native of Reserve, Louisiana. He is a devoted and loving husband to Heidi and father of four children – Kayla, Hayden, Lexie and Ashton. He is also a passionate chef and a dedicated conservationist of Louisiana seafood.  Chef Ryan has a true love of cooking and a passion for making people smile through his dishes.

Ryan developed a love for the culinary arts while cooking with his parents at the early age of seven. It was at this time he knew he wanted to be a chef. Throughout school, his love for cooking continued to grow stronger as he prepared dishes for his teachers and classmates.

When graduating from Riverside Academy in 1992, Ryan entered directly into culinary school at Delgado, where he finished at the top of his class. Once he finished culinary school, he held chef positions with a couple different establishments until he ventured out on his own. In February 2002, Chef Ryan had finally started to see one of his dreams become a reality with the opening of his own restaurant and catering company, The Cajun Grill & Catering, located Laplace, Louisiana. He operated his grill and catering business until Hurricane Ida abruptly came along in August of 2021. As he looked inside his restaurant for the first time after the hurricane, he said it felt as though everything was ripped out of him and his life’s work was stolen away. However, he didn’t realize this wasn’t the end of his dream…it was really the start of a bigger dream that would restore his passion for cooking in a way he never thought possible. Ryan’s wife Heidi took the bull by the horns and began planning out the opening of a new restaurant. Together, they found a bigger and better location just down the street, which would triple the size of the old restaurant and allow them to be open 7 days a week and expand their operating hours into nighttime dining as well. By December 2021, Chef Ryan was standing next to his wife with a new beginning…Cajun House & Catering.

After 20 years of operating a lunchtime grill, Chef Ryan is now the executive chef and co-owner with his wife Heidi of Cajun House & Catering, a full-service restaurant and caterer. Since its opening, Chef Ryan has taken his culinary talents to the next level with a home-cooking spin on traditional Cajun foods as he continues to create new dishes, which allows their guests to “Taste da South in ya Mouth.”