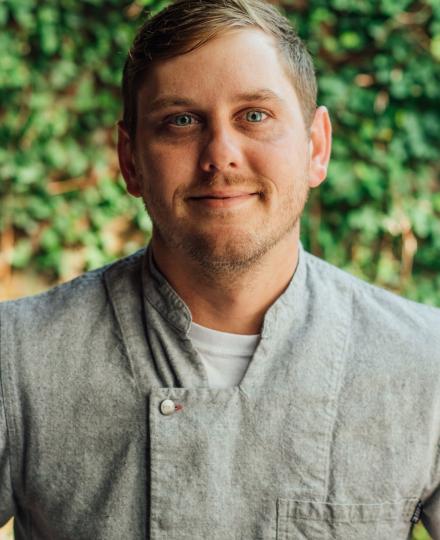 Chef and Louisiana native, Ryan Trahan has found success in his ability to modernize Southern ingredients. Inspired by elevated hospitality, modern techniques and worldly culture, Trahan’s restaurants feature fresh new approaches to the preparation of Southern ingredients.
Ryan is a self- taught chef that has lent his expertise to several acclaimed restaurants throughout South Louisiana in his tenure as a chef. In 2017, Trahan was named a Chef to Watch by Louisiana Cookin’ magazine. In 2018, Ryan was named the King of Louisiana Seafood and King of American Seafood after competing and taking first place in the competitions.
Trahan is now the executive chef and partner of a new concept, Vestal, in downtown Lafayette; focusing on live fire cooking techniques and sustainable southern ingredients.