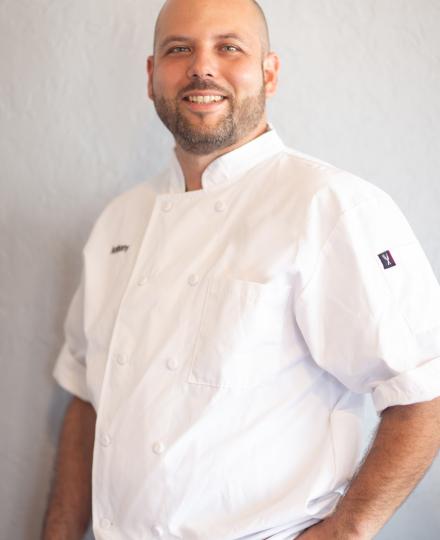 Chef Anthony Felan is a graduate of Le Cordon Bleu College of Culinary Arts in San Francisco where he began his journey in the culinary world. His experience cooking in some of the Bay Area’s prestigious restaurants, as well as his childhood memories of working and playing in his grandfather’s garden, instilled in him a deep respect for farm-fresh ingredients. His love for Louisiana and his family brought him back home in 2010, where he joined the team of Wine Country Bistro and quickly moved up to Executive Chef. After years with Wine Country, his drive for something of his own led him to create Fat Calf Boucherie, a stationary food trailer serving gastro-pub fare at Red River Brewing Company. In November of 2019, Anthony upgraded into a new brick and mortar restaurant, Fat Calf Brasserie, in the Highland community of Shreveport.  This unique concept celebrates the great tradition of French neighborhood eateries. Known for serving shareable plates, hearty entrees, beer, wine, family and friends, brasseries dot the Paris landscape, offering respite from busy city life. In addition to their restaurant, Anthony and his wife, Amanda, have a wildly popular side project, 2nd Act Supper Club, where they host underground dinners in various historic locations throughout Shreveport.  While this year has presented numerous challenges as a new restaurateur, Anthony was honored to be selected as a 2020 Chefs to Watch by Louisiana Cookin’ magazine and looks forward to the hope of becoming the next King of Louisiana Seafood.