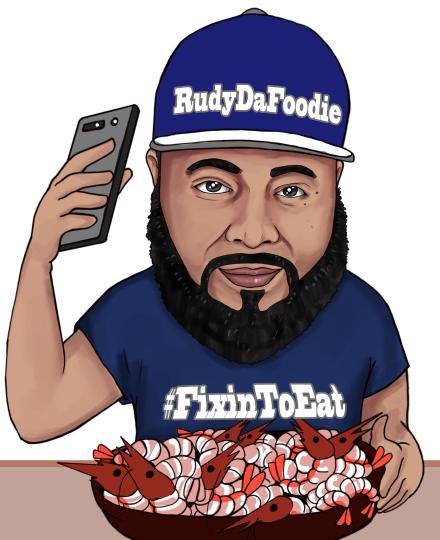 Rudy Rayfield Jr, affectionately known as RudyDaFood was born and raised in New Orleans and began his career in hospitality at a young age working at Celebration Station. While in college his aspirations were to become a Physical Therapist, however, his roots in hospitality were too strong to ignore as he watched his father raise through the ranks. Working for the Sheraton Hotel in the late 90's, Rudy's outgoing personality earned him many leadership opportunities early to include Fitness Center Manager, Starbucks General Manager, and F&B Manager for Starwood Hotels.
In 2003, he decided to give the Non-profit industry a shot, accepting a position as General Manager for Society of St. Vincent de Paul where he would spend 10 years serving the community. A divided heart he found himself missing the hospitality industry until the ultimate opportunity came along with what he considers the best of both worlds. In 2013, Rudy was awarded the opportunity to train at-risk youth in hospitality as Director of Cafe Reconcile. While there Rudy worked and partnered with a few big name Chefs. The biggest highlight there was in 2014 winning a bid to cater to Essence Music Festival. With a strong supporting cast Rudy and his team to include youth took on challenge catering for, Prince, Mary J Blige, and Charlie Wilson along with Essence Executives, and VIP guests. Later that year Rudy was named one of New Orleans Next Emerging Leaders.
In late 2015 after a tour stop with Drago's Seafood Restaurant Rudy decided to give entrepreneurship a try, currently working as an independent consultant helping companies and organizations improve their operational performance and employee management processes. July 2017, Rudy created "RudyDaFoodie" an Epicurean who showcases the best Louisiana has to offer. Just recently RudyDaFoodie became a social media micro-influencer with over 5K followers and joining Zip kick a social media industry of influencers globally.
With over 20 years' experience in both Hospitality and Non-profit industry, Rudy considers himself a "Though Partner", with broad-based expertise in operations, and business development. His ability to quickly analyze key business driver and develop strategies to grow the bottom-line is his specialty.
Rudy believes that breaking down barriers to create a collaborative work environment will make a difference by enabling people and groups with a variety of skills to work together to achieve organizational goals while delivering expected individual contributions.
Rudy is passionate about, advertising and editorial food photography, youth development, adult life skills training, serving the community. Like true New Orleanians, Rudy enjoys everything NOLA, cooking, eating great food, sports and spending time with his three kids Paige 20, Paris 14, and Parker 8.