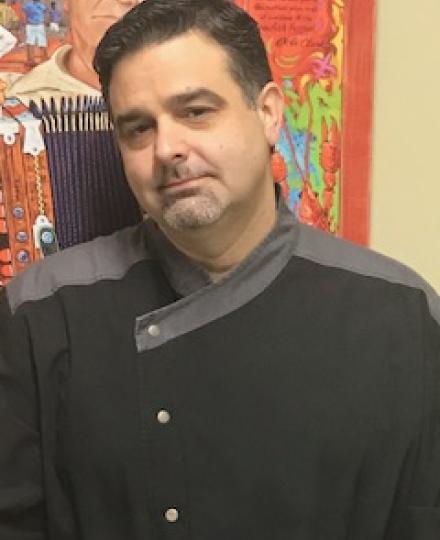 Chef Paul started his culinary journey in 1986. Starting at the bottom and in 6 months at the young age of 17, made it to Line Cook. His path changed in 1988 when he joined the Army (as a cook) to further his career and ambitions. While serving, Chef Paul was able to experience the cultures of Korea, Germany, Macedonia and the Ukraine.
After his journey of 10 years, he came back home to put his experience to use. Landing a Sous Chef position at Charley G's and then opening Bonnie Bell's Bistro with his wife, Bonnie.
His culinary journey continued after Bonnie Bell's with Chef Paul consulting for other restaurants until he landed at Pont Breaux's Cajun Restaurant where he is currently the Executive Chef.