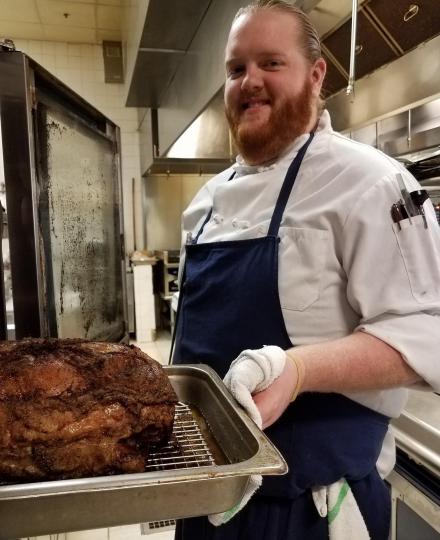 Chef Simons was born and raised in Shreveport, Louisiana. He graduated from Northwestern State University of Louisiana with a bachelors in Hospitality Management in 2013. He then went on to graduate from Bossier Parish Community College with a degree in Culinary Arts in 2015.
Nick has worked in restaurants since he was 15 years old and started as a bust boy/dishwasher. Just out of culinary school he managed a small restaurant in Mansfield, Louisiana. After leaving Mansfield, he started as a salad cook at Wine Country Bistro in November of 2015. After that, he quickly moved up the ranks to executive sous chef and eventually took over the kitchen as Executive Chef in September of 2017.