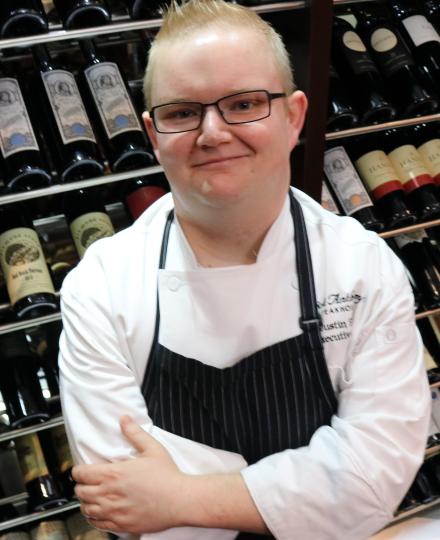 Growing up near the Gulf in Hackberry, Louisiana, it was only natural for Justin East to have a love for working with the freshest of ingredients. He spent time working in the commercial fishing industry, procuring fish, shrimp, crabs and oysters directly from the source. After graduating from SOWELA Technical Community College's culinary program, he began working in fine dining in Lake Charles and never looked back.
He was part of the culinary team that opened Golden Nugget Lake Charles in December 2014. After progressing through several of the award-winning food venues on property, East found his home as Executive Chef at Vic & Anthony's Steakhouse, where he manages the daily operations and staff of over 80 at Vic & Anthony's, Chart House and Cadillac Mexican Kitchen & Tequila Bar.
Named "Best Local Chef" in the 2017 Best of SWLA, Chef Justin has represented Southwest Louisiana at the Louisiana Seafood Board receptions and travelled to New York City as part of the 2017 Louisiana Culinary Trails Public Relations Mission. Vic & Anthony's, a favorite for those visiting Golden Nugget, has been named a Top 20 Local Favorite, recognized for "Best Restaurant Service" in Southwest Louisiana, and has been awarded multiple Trip Advisor Certificates for Excellence.