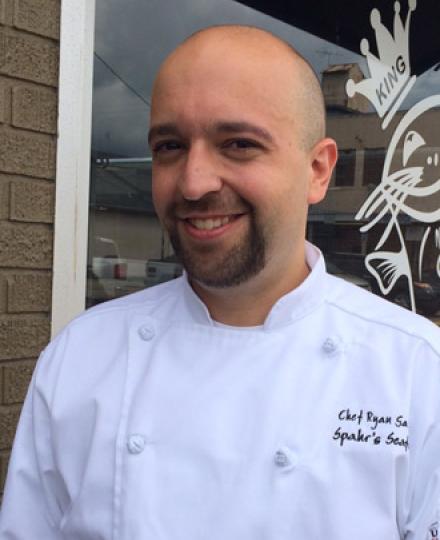 Chef Ryan Gaudet was born and raised in Thibodaux, LA and currently resides in Raceland. Ryan started cooking at home at the age of 13, and began his career of 20 years experience as a dishwasher at Flanagan’s in Thibodaux. Ryan continued working for other local restaurants around the Lafourche and Terrebonne bayous until he later graduated from the Chef John Folse Culinary Institute in 2005.
Ryan apprenticed for several restaurants in the Chicago area, most notably Moto, under the late Omar Cantu. He is the People’s Choice Award winner for the 2015 LRA Bayou Chapter Culinary Showcase.
Chef Gaudet is the executive chef for Spahrs Seafood, overseeing culinary operations of 3 units located in Galliano, Thibodaux, and Des Allemands.
When not at work (which is rare), Ryan is fishing out his kayak - He loves catching Louisiana seafood just as much as he loves cooking it. On March 31, Ryan and his wife, Lindsey, welcomed in a healthy baby boy, Liam Thomas.