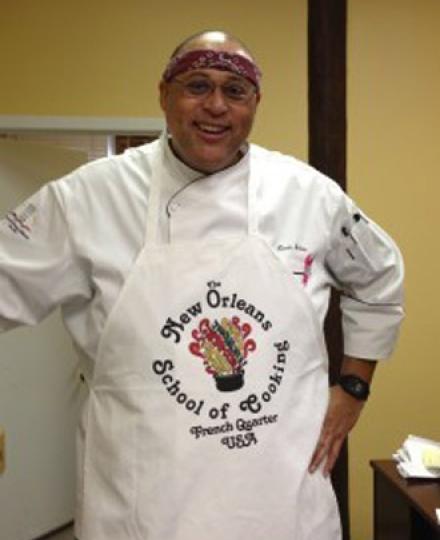 For the past 20 years, Chef Kevin Belton has been teaching the essentials of Louisiana cooking as an instructor at the New Orleans School of Cooking. The Creole chef has introduced visitors from around the world to the food and culinary heritage of the region. In a new WYES-TV cooking series, Belton—who was recognized in April as one of the top 30 Louisiana chefs by the American Culinary Federation—will explore the wide mix of cultures that contributed to the distinctive food of New Orleans known as Creole cuisine.