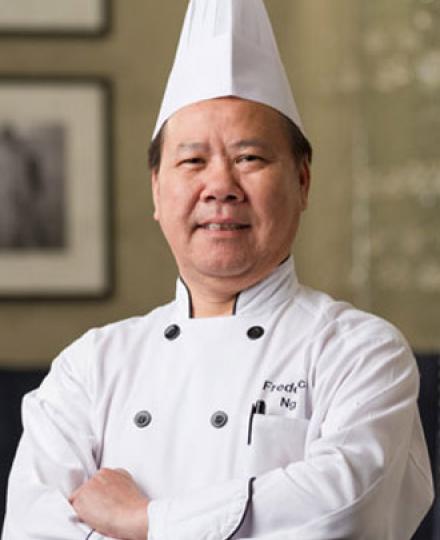 Chef Frederick Ngo has more than 30 years foodservice experience in many locations around the world.  He is originally from Vietnam and learned his love of the culinary arts at a young age in his family restaurant in Vietnam.  Realizing his budding passion he later apprenticed French, German and Italian chefs.  He left Vietnam and went to work on the West Coast at several prestigious companies to include Lufthansa where he was an Executive Sous Chef. Working his way East in beautiful Moab Utah he was employed by the Exclusive Sorrel River Ranch.  He has worked in Dallas opening and running several restaurants showcasing his Asian influence and classical European training.  Continuing to hone his culinary skills in the Dallas-Fort Worth market Chef Frederick eventually moved into working Hotel Intercontinental in Dallas where he was the Executive Chef.
Prior to joining Margaritaville Resort and Casino in Bossier City, LA Frederick Ngo was the fine dining multi outlet chef at the Horseshoe Casino in Bossier.  Chef Frederick has been the day one opening chef at Jimmy’s Seafood and Steak House at the Margaritaville Casino Resort where he has earned several accolades to include Best overall restaurant in the Mid-South Region by Southern Gaming Magazine and the highest rated restaurant on Trip Advisor in the Shreveport-Bossier area.  Chef Fred has a passion for the culinary arts and blends his unique culinary talent with a worldwide Asian, European and American flair.
When not working Chef Ngo enjoys spending time with his wife and daughters.  He also enjoys gardening and relaxing around his koi pond.