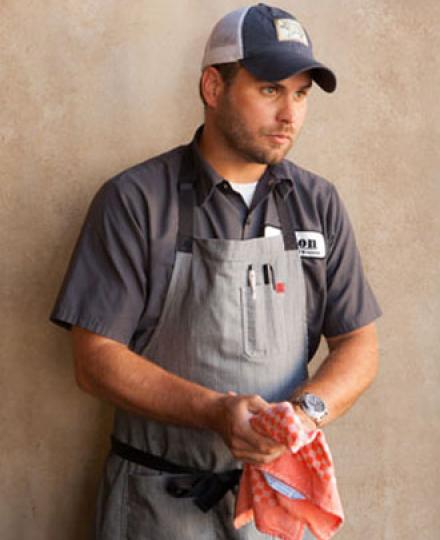 Chef Cory Bahr sings the praises of North Delta Cuisine in the menus of his warm and welcoming Restaurant Cotton, and his rustic Italian establishment, Nonna, both in downtown Monroe.
Bahr is a culinary and economic leader here Louisiana, and deeply involved in the conservation of his beloved South.  He is a spokesman for the 2016 Louisiana Tourism Culinary campaign, a director of the Louisiana Travel Promotion Association, and the only non-New Orleans chef serving on the Audubon Nature Institute’s Gulf United for Lasting Fisheries Chef Council.  He is also a spokesman for NOLA Tree Project’s #GreauxHealthyKids campaign and a passionate proponent for access to fresh, healthy food for all children.
Honoring everything that’s important in his South - community, culture, and culinary heritage - Bahr presents honest dishes with a strong sense of place, for which he has earned a national reputation.  He's been recognized as Food & Wine's 'People’s Best New Chef' [2014 & 2015], Taste of the South Taste 50 [2015], Food Network’s Chopped! Champion [2012], King of Louisiana Seafood [2011], and Louisiana Cookin’ magazine's 'Chef to Watch' [2011].
Cory Bahr social media: