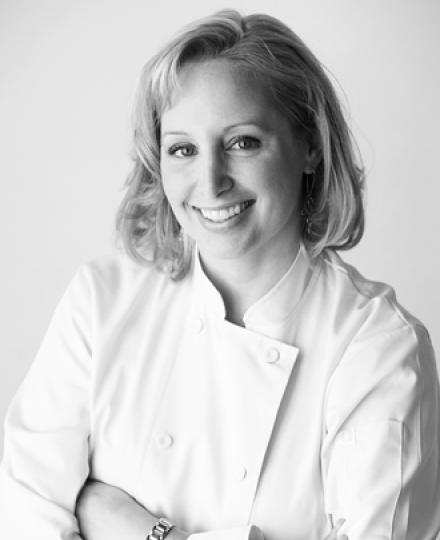 Chef Amy Sins is a born-and-raised South Louisiana girl with Cajun and Creole cooking woven into her culinary DNA. The Gulf Coast region serves as her pantry and she cooks with passion and enthusiasm using native ingredients and local food traditions – from boucherie to bayou, rice fields to roux, cypress-filled swamps to seafood.
In 2005, when Hurricane Katrina threatened to destroy the community and culture of South Louisiana, Chef Amy wrote “Ruby Slippers Cookbook: Life, Culture, Family & Food after Katrina,” an award-winning cookbook celebrating Louisiana foodways and telling the story of life in the aftermath of the storm. In 2012, Chef Amy opened Langlois – her dream restaurant, an endeavor that seeks to preserve Louisiana cuisine through interactive dining demonstrations and classes. Since then, Langlois has received local, regional and national praise, including selection as one of the “Best Cooking Schools Around the World” by Travel + Leisure. In 2012, Sins also won the GSN’s reality show cooking competition, “Beat the Chefs.” In 2014, Chef Amy was nominated to the honor of “The Best Chefs of Louisiana: Up and Coming Chefs” by the prestigious American Culinary Federation.
When she’s not teaching at Langlois, Amy hosts “New Orleans by Mouth,” a weekly radio program on WRBH 88.3 FM.