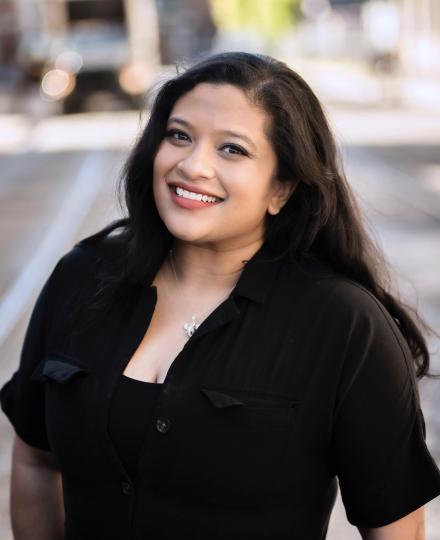 Sam Fore is a Sri Lankan-American chef based in Lexington, Kentucky. She started her pop up, Tuk Tuk Sri Lankan Bites, in 2016, after traditional Sri Lankan brunches in her home outgrew her dining room. Sam’s cooking is a reflection of her Sri Lankan upbringing in the American South; her dishes include her spin on Southern classics as well as new riffs on her family's time-tested recipes. Her recipes can be found in multiple national publications and across the web — her take on tomato pie graced the cover of Food & Wine in 2019. She was named one of Plate Magazine’s Chefs to Watch (2018) and was one of Southern Living’s inaugural Cooks of the Year (2020). In 2021 she joined the cast of Christopher Kimball’s Milk Street, which airs nationally on PBS stations.