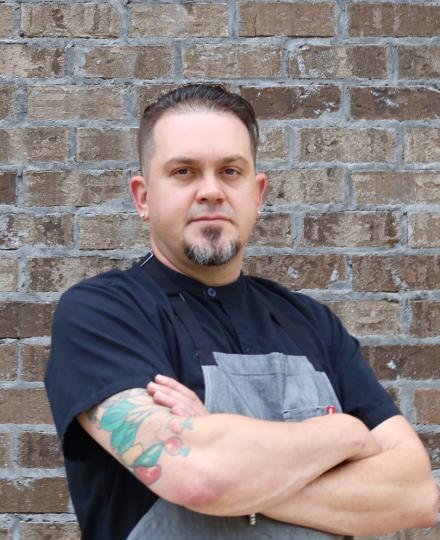 Cooper Miller is the chef and owner of Tupelo’s hottest restaurant Forklift, where he serves up his take on Southern Creole Cuisine. He is a native of Amory, Mississippi, where his family has operated restaurants off and on throughout the years. After receiving his bachelor’s degree in business administration from Mississippi State University, he moved to Atlanta to pursue his culinary career. He graduated summa cum laude from Le Cordon Bleu in 2007 and spent the next decade training with some of the best chefs in the south, including stints with James Beard Award winner Linton Hopkins and Food Network personality Richard Blais. Now back home, he’s living his dream of running a successful restaurant and spending time with his wife, Lauren, and daughter, Harlow.
He currently serves as Mississippi’s Seafood King after winning the Mississippi Seafood Cook-off in May.