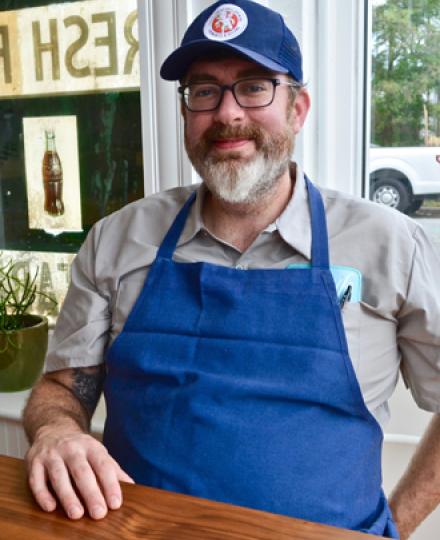 Lee Gregory is a three-time James Beard Foundation Award semifinalist for best chef Mid-Atlantic and StarChef Rising Star. Though raised in South Carolina, Chef Gregory has a long culinary history in Virginia, having worked under chef Dale Reitzer at Acacia in Richmond for five years before moving to Six Burner, then Mockingbird in Staunton, and Blue Light Grill in Charlottesville.
Lee returned to Richmond in 2011 to open The Roosevelt in Church Hill where he served as co-owner and Executive Chef from 2011-2018. In 2014, he helped open Bon Air favorite, Southbound , where he is currently co-owner and chef. Alewife is Lee’s first solo venture.