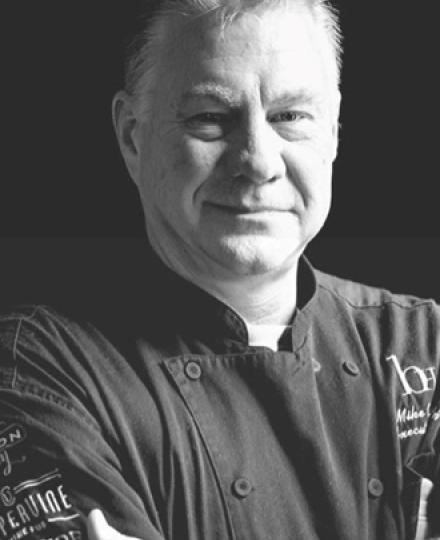 Mike Brewer grew up in Grand Bay Alabama learning how to cook at his mother’s heels. After graduation from high school he went to the University of South Alabama to pursue a degree in Electrical Engineering. After 10 years as an engineer in Alabama, he decided to move to New Orleans to become Vice President of a local engineering firm. Downturns in the financial and energy markets led him to leave engineering and begin a career in hospitality.
Mike has been in the restaurant scene in New Orleans since 1999. He started as a waiter at Brennan’s and quickly moved up to Captain, and then Wine Captain after receiving his entry into the Guild of Master Sommeliers. He left Brennan’s in 2005 and was a Maitre D onboard the NCL Ship MS Pride of America in Hawaii. In early 2006, he returned to New Orleans to head a new restaurant, Jackson, in the Irish Channel. Jackson was voted the Best New Restaurant in 2006 by Gambit readers.
In mid 2007 Jackson closed and Brewer moved to Commander’s Palace to head the wine and liquor programs. After 2+ years, he moved over to Charlie’s Steakhouse as the Executive Chef. Mike opened The Sammich in 2013 and was crowned King of Louisiana Seafood in 2015 and went on the place 3rd in the country in the Great American Seafood Cookoff. Not only was he voted Top 100 Bartenders in America, he is a Chef Advocate for Wild American Shrimp and has been featured at the Star Chef’s International Congress in New York. He regularly represents The Louisiana Seafood and Marketing Board at national events.
Since 2015, Mike has collaborated and consulted with several New Orleans and Baton Rouge restaurants including Manning’s, Morton’s the Steakhouse, Mi Mamcita’s, The Riverview Room, and City Pork. After bringing Brechtel Hospitality’s new concepts, Copper Vine and Bonfire Catering to life as Corporate Chef, Mike has moved on to his own venture, Nola Geauxst Kitchen. Nola Geauxst is the New Orleans area’s first ghost kitchen featuring one of a kind poboys, wings, and pizzas.