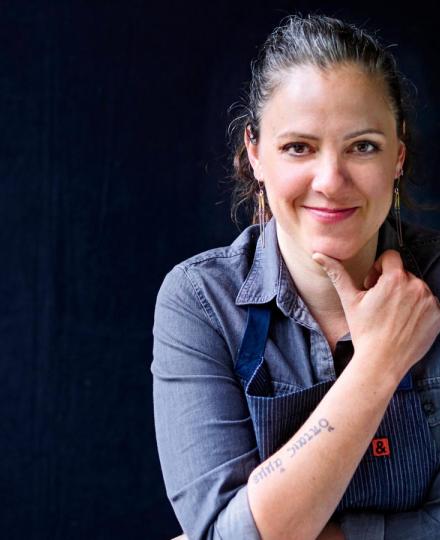 Passionate about food, wine, spirits and hospitality, Zoi Antonitsas has more than 20 years’ experience in the restaurant industry. Her long line of successful roles include Executive Chef of the award winningWestward Restaurant, Chef de Cuisine at Madison Park Conservatory in Seattle, Zazu Restaurant in Santa Rosa, Presidio Social Club in San Francisco, and a variety of other positions at restaurants across the West Coast.Zoi has received local and national acclaim for her contemporary, creative and ingredient focused cooking style. She was named one of Food & Wine’s Best New Chefs in 2015 and has been repeatedly recognized as one of the top chefs on the West Coast. She takes inspiration from the sea, and her food reflects her love of theMediterranean, specifically Greece. Chef Zoi and restaurants under her direction have been featured in broadcast and publications across the country and around the world including Bon Appetit, Food & Wine Magazine, SAVEUR, GQ, Wine Enthusiast, Travel & Leisure, Coastal Living, The New York Times, USA Today, Food Network, The TravelChannel, Bravo, and many more. Zoi has spent time as a consultant for restaurants in Seattle and San Francisco/Bay Area.In 2008 she was a contestant on season 4 of Bravo’s Top Chef. As a leader in the food world she has been a featured speaker on panels, and a highlighted chef at numeroustop local and national food events, including the renowned Outstanding in the Field. She supports a number of non-profit organizations in the greater northwest, donating time and products eachyear. Zoi currently lives in Seattle and spends her free time traveling, eating & drinking the good stuff, gardening,and hanging with her dogs.