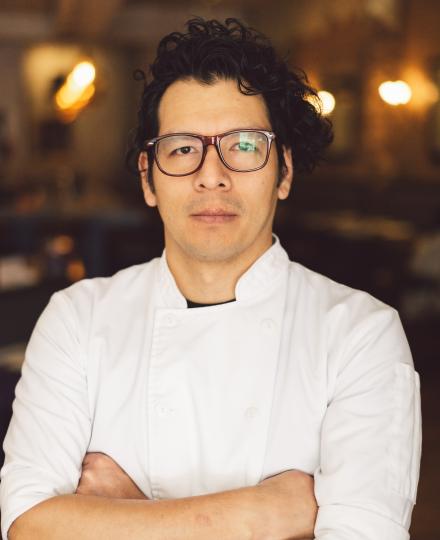 A native of Lima, Peru, Ramon Gonzales Jacobsen grew up in the kitchen of his parents’ catering company learning the intricacies of Peruvian cuisine. In 2006 he moved to Alabama to pursue other interests, but was quickly drawn back to the kitchen when Odette opened its doors in downtown Florence. In 2013, Ramon began his career at Odette as a line cook under focused training from Chef Josh Quick. Odette is a neighborhood eatery serving elevated American fare with southern and international influences. The menu features locally‑ and sustainably‑sourced ingredients in a contemporary, inviting and comfortable atmosphere. Ramon worked his way through the kitchen to the ranks to Sous Chef. He has assisted Chef Josh Quick at the 2016 Alabama Seafood cook off, taking first place, and going on to compete in the Great American Seafood cookoff. This past year at the Hangout Oyster cook-off Ramon and the Odette team took home first place raw oyster and third place oyster Rockefeller. When not in the kitchen at Odette, Ramon is spending time with his daughter Sophia and continuing his pursuit of culinary knowledge.