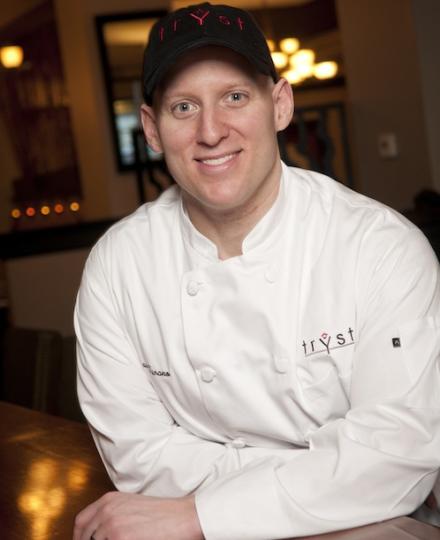 When asked what kind of fare is served at Chef/Owner Paul Turano’s “Cook” restaurants  a reply comes back focused on not regionality or technique, but one focused more on core tennants such as “accessible” and “unpretentious;” culinary adjectives previously hijacked and held captive by branding agencies fueled by their chain-driven, casual-concept restaurant clients.
Turano is leading a one man campaign to release these words held against their will. “I think food and wine can be approachable without sacrificing standards or technique. Somewhere along the way we’ve created an ‘us’ and ‘them’ mentality. Anyone can cook and I love doing it and teaching anyone that will listen,” says Turano.
The highly acclaimed Turano is not only honest about his feelings in regards to his craft, but his honesty shows in his cooking, securing one of the highest ratings by Zagat for his work.
Whatever the formula, Chef Turano’s straightforward approach to cuisine works.  Having owned and operated three succesful restaurants previously, Turano has piled up accolades including glowing reviews from the likes of The Boston Globe and the Boston Herald, and winning titles such as ‘Best New Restaurant’ from the likes of Boston magazine.In addition, Turano has appearend on all major networks including NBC, CBS, ABC and of course The Food Network.
He opened Cook in 2013 in Newton, MA, and most recently opened a second concept of Cook in Needham, MA in 2017.
Chef Paul Turano, who received his degree in Culinary Arts from Newbury College in 1995, currently resides in the Greater Boston area and is married with two children.