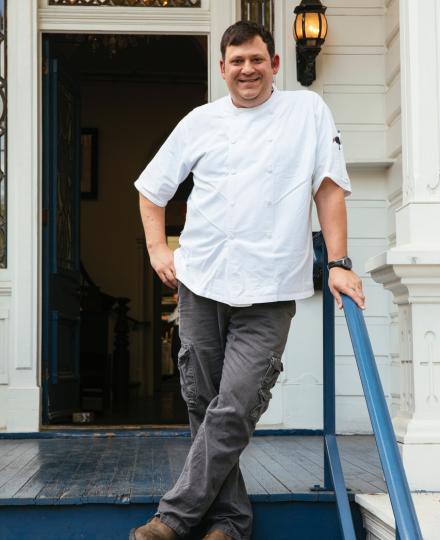 Nathan Richard’s passion for food was forged in Thibodaux, LA. Nathan began working at Commander’s Palace under Chef Tory MacPhaille for 5 years. Next, he moved to Europe to study different butchers in France and Italy. Nathan later settled in Charleston, SC, where he worked with Mike Lata at Fig and later with Sean Brock at McCrady’s and Husk. He returned to New Orleans to hone his sausage-making and charcuterie skills at Cochon, under the guidance of Donald Link, then Restaurant R’evolution with John Folse and Rick Tramanto. His first Executive Chef position was at the bustling King-fish, where he worked for 3 years before accepting the Executive Chef position at Cavan in 2017.