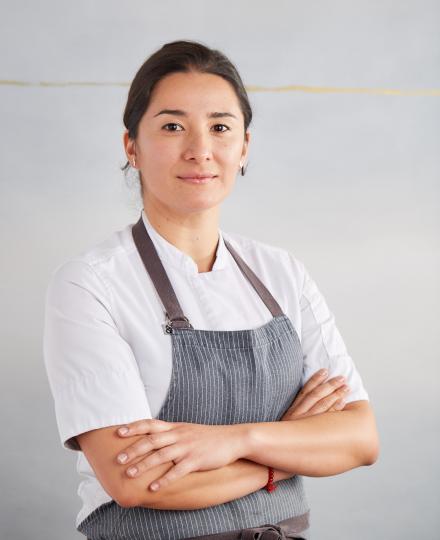 Chef Michelle Minori has been named one of The San Francisco Chronicle’s Rising Star Chefs of 2017, and has been included in 7x7’s list of “8 San Francisco Chefs Prove a Woman's Place Is at the Head of the Kitchen”. She has most recently been featured as a finalist on Season 16 of Bravo’s Top Chef.
Chef Michelle Minori built her culinary pedigree in Michelin starred restaurants across San Francisco, including Aqua, La Folie, and Acquerello. Minori was the co-opening chef of Los Angeles restaurant Faith & Flower where she used her expansive knowledge of dough to build the bread and pasta production programs. She later spent time running the kitchen at Flour and Water, where she learned the importance of whole animal utilization, sustainability, and supporting local farmers and the community.
She later served as Executive Sous Chef of Thomas McNaughton’s NeTimeas Restaurant Group, overseeing corporate culinary operations for the group’s many restaurants, including Flour & Water, Aatxe, Cafe du Nord, Salumeria, and Central Kitchen.
She was most recently the Executive Chef at Barzotto, a fast-casual pasta restaurant in San Francisco, specializing in handmade pasta. She shares her experience with creating a fast casual restaurant and dealing with the changing aspects of the hospitality industry at conferences and online.
Currently she serves as Head Chef of Research and Development for Off the Grid, a mobile food company dedicated to bringing people together through shared food experiences. She uses her extensive knowledge and experience to curate concepts and menu development for the company.