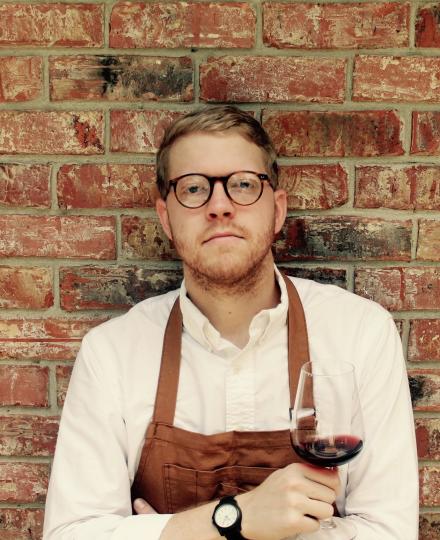 Hunter Evans was born and raised in Jackson, Mississippi. After obtaining a bachelor’s degree in Hospitality Management from the University of Mississippi, Hunter trained at the Culinary Institute of America in Hyde Park, New York. While enrolled at the CIA, Hunter staged at restaurants like Le Bernardin, Café Boulud, Daniel and other notable New York restaurants. Hunter moved to New York City after graduation to work for Danny Meyer at North End Grill. While he was there the restaurant was given a glowing review by NY Times food critic Pete Wells. Hunter moved back to Jackson in May of 2015 with intent to marry his now-wife, Mary Kathryn. He began working at Lou’s Full Serv in the Belhaven neighborhood of Jackson in June of 2015. Within a year and a half, he was promoted to Sous Chef and eventually to his current role of Chef de Cuisine. Hunter has been nominated for Best New Chef by the Jackson Free Press for two years in a row and has participated in several Mississippi events such as Livingston’s Farm to Sous, Home Place Pastures Hill Country Boucherie, and multiple pop-ups at The Apothecary. As Chef de Cuisine, Hunter has enjoyed forging a network of relationships with Mississippi farmers while creating a fresh, modern take on southern traditions that provides an intimate and unique experience for his guests.