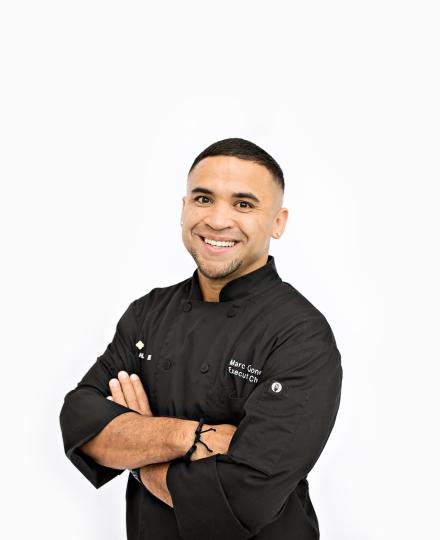 Born and raised in The South Bronx, Chef Marc Quinones grew up entrenched in his Puerto Rican heritage watching his mother and grandmother cook delicious dishes from as far back as he can remember. Later on in life he graduated from The Le Cordon Bleu program at The Scottsdale Culinary Institute and has since realized many successes. Prior to taking over the helm as Executive Chef of The Hotel Andaluz he served as Chef of The Historic Inn & Spa at Loretto in Downtown Santa Fe as well as Bien Shur restaurant atop The Sandia Resort & Casino where he was voted Best Chef in the City for two consecutive years by the readers and editors of Albuquerque The Magazine. He has also been featured on Food Network twice competing in Cutthroat Kitchen and on Chopped. He was crowned New Mexico’s “Chef of the Year” in September of 2017 by The New Mexico Restaurant Association and most recently was featured in Forbes Magazine. Chef MQ has also spent time working in New Orleans Louisiana, Los Angeles California, New York City and Kona Hawaii. He took 3rd place at last year’s Great American Seafood Cook-Off and is ready to come back and go for Gold!