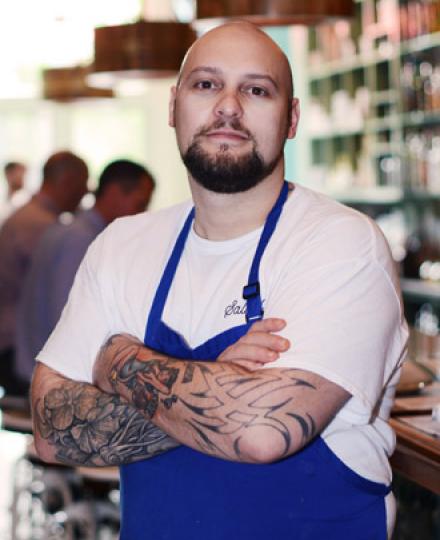 A New England native, McClelland was born in Dover, New Hampshire and raised on Cape Cod, Massachusetts, which is where he developed his love of seafood and passion for all things culinary. McClelland attended the French Culinary Institute in New York City where he earned his Grand Diploma and began working with local establishments Ambrosia on Huntington before making the move to Boston where he worked under Chef David Daniels at The Federalist at the XV Beacon Hotel. Afterwards, Chef McClelland moved to Nantucket where he worked as chef de cuisine at the highly respected Toppers at The Wauwinet, a Relais & Châteaux property.
In 2009 Chef Kyle McClelland moved back to New York City to accept a position as Executive Chef at the Michelin-star rated Caviar Russe. Having grown up in New England, seafood was always one of chef’s specialties, but it was at Caviar Russe that McClelland became fully versed in caviar and other delicacies, and where his appreciation turned to a passion, and his skill turned into expertise.
Chef McClelland later moved on to well-known restaurants in Dallas, TX and Brooklyn, NY, where he worked as co-owner/ partner and executive chef of Prospect (Brooklyn), Driftwood (Dallas), Proof & Pantry (Dallas), Madrina (Dallas) and Vicini (Dallas)—receiving accolades on both the local and national level.
In 2016 McClelland brought his talent back to Boston, pairing up with award-winning restauranteur Kathy Sidell to open Saltie Girl, her newest restaurant with a focus on globally sustainable iterations of fresh fish and seafood. From the moment Saltie Girl opened, Sidell and McClelland have been raking up rave reviews from the likes of The Boston Globe, The Boston Herald and The Travel Channel, and Saltie Girl has been named Boston’s top restaurants by Eater, Zagat, Boston magazine and Thrillist to name a few.
Chef McClelland’s impressive accomplishments in his 19-year culinary career are a result of his unyielding passion, precise technique and innovate palate. He has appeared on the Food Network’s “Chopped” and cooked at the James Beard house. When he is not in the kitchen, McClelland enjoys listening to live music, trying new restaurants, and spending time with his friends and family.