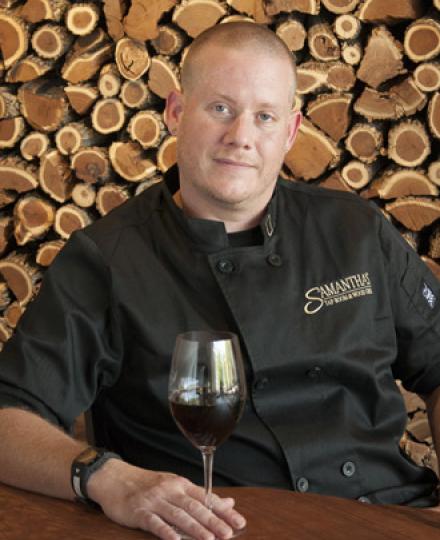 John has been working in the hospitality industry since the age of 17. He began his career as a dishwasher until he began a one-year apprenticeship at the Arlington Hotel. While receiving hands-on education at the hotel, he simultaneously attended Garland County Community College, majoring in restaurant management. Following Garland Community College, he attended the Culinary School at Johnson County Community College in Overland Park, Kansas.
After graduating from Johnson County CC, he moved to Wrightsville Beach, NC, where he secured a position as the banquet chef and sous chef at the Sunspree Resort (the most popular resort on the North Carolina Coast for wedding-related activities) for seven years.
Following his successful tenure in North Carolina, he has since returned to Arkansas with an aim to bring his East Coast flair back to the South at Samantha’s Tap Room & Wood Grill, where he is currently the head chef.
John finds it exciting to blend his coastal knowledge with the fresh local ingredients he utilizes at Samantha’s, including fresh vegetables, meats from local smokehouses, and the many indigenous ingredients to be found in Arkansas.
John’s combined 18 years in the culinary industry are evident in the way he shows his love for his home state – with food, like any good Southerner. He is proud and pleased to represent Arkansas in this nationwide competition!