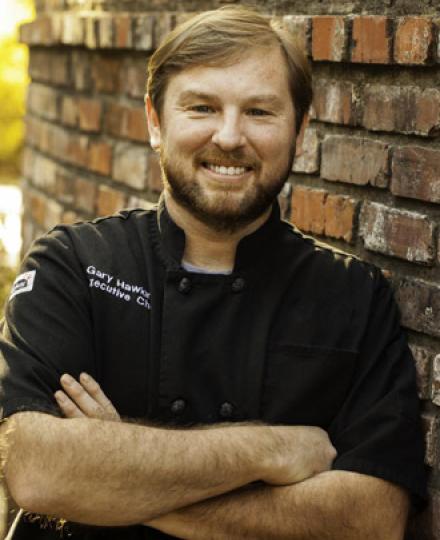 Gary Hawkins is the Executive Top Chef for The Fairview Inn & 1908 Provisions, featuring inspiring traditions of the South with innovative flavors of California.
Chef Hawkins, a native of Michigan, graduated from The Memphis Culinary Academy among the top of his class in 1993. He spent the next thirteen years learning his craft at some of Memphis’ favorite restaurants, Paulette’s, Marena’s, McEwen’s and Lolo’s Table, which was voted Best New Restaurant for 2005.
Sophia’s Restaurant was voted among the Best New Restaurants in Jackson for 2006 as well as winning an Award for Best Presentation and Originality from The Chef’s of Mississippi Awards Gala in 2007. The restaurant rebranded in 2014 as 1908 Provisions, creating quite a name for itself.
Chef Hawkins has appeared in several publications, The Commercial Appeal, Memphis Magazine, Portico Magazine, the Clarion Ledger, the Jackson Free Press, Eat Yall, Eat Jackson, Boom Magazine and Jewish Scene Magazine, as well as on local television in Jackson and Memphis.
Chef Hawkins resides in Madison, Ms. With his wife and daughter.